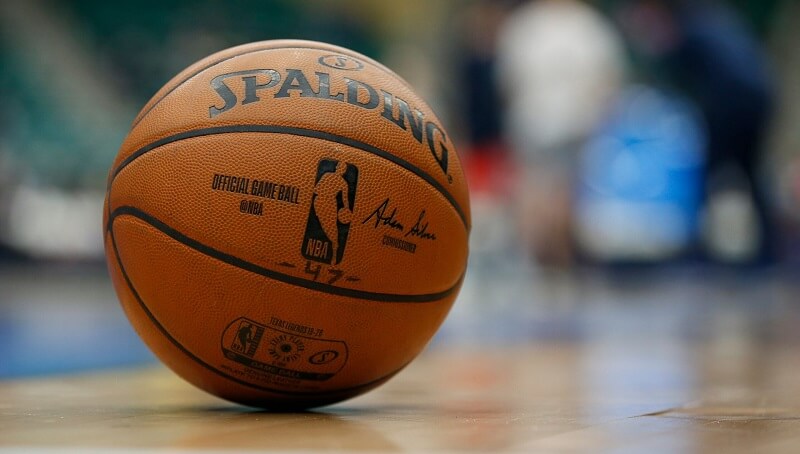 When you say basketball nowadays you basically talk about games in the National Basketball Association (NBA). but do you actually know when does the NBA season start this year?

The league was interested in the safety and health of the players and coaches, which is why the start kept being delayed. Without including any cancellations or delays, a normal season would finish in April, if we don’t include the playoffs.

This article will go into further detail regarding the start and other important dates for the NBA season.

When Will The NBA Regular Season Start And End?

You might also like my articles on high school basketball court dimensions, the length of an NBA game, and the shortest players in the NBA.

The regular season will start three weeks after the end of the training camp, which falls on September 28. This means that the start of the season will be on October 19. This is the date when the Brooklyn Nets will have to face the reigning champions, the Milwaukee Bucks.

The end of the regular season will come on April 10, 2022, and the play-in tournament will take place on April 12 and April 15. These will be the seventh and eighth seeds in the Eastern and Western Conferences.

If you’re looking forward to the NBA Draft, then you should know that it will take place on June 23. The All-Star break is planned for the weekend between 18 and 20 of February.

The beginning of the NBA playoffs will be on April 16 and its end will come on June 19, which is also the earliest date for Game 7 in the NBA Championship.

During the regular season, so between October and April, squads will play anywhere between 7 and 16 games each month for the whole seven months. Well, technically just six months, because the season only lasts from late October to the beginning of April.

The pandemic changed the dynamics of the last two seasons, reducing the number of games played from 82 to just 72 per season. The 2022-23 NBA season is the first one to go back to the traditional 82-game count.

Up until the NBA finals, the added points from all of the games will decide the last two playoff positions, while the finals will be played as standard best-of-seven games.

Do All NBA Seasons Consist Of 82 Games

For the biggest part of the NBA history, the seasons were made of 82 games. The first ten years of the organization adopted a huge amount of games, anywhere between 60 and 72, although it only had 8 to 17 teams participating.

The inaugural season that took place in 1962 had only nine teams in the league, which played a combined number of 80 games. This translated into a team playing with another team eight to ten times throughout the season.

The amount of games that have to be played throughout a season has remained quite constant even with the addition of more teams, even though today’s NBA players grumble often talk about the league being too long. They even say they need load management to get through the season.

When Do The Playoffs Begin and End?

Basketball fans know that NBA playoffs are among the most entertaining games to watch. Some people actually prefer to skip the whole regular NBA season and only watch the postseason games.

The playoffs are expected to start in mid-April and will last until early June. This schedule has been followed by the NBA consistently year after year and was only postponed due to the pandemic or other unpredictable delays.

What Teams Will Be Playing On Opening Night?

The Opening Night will be on October 19 at 7:30 p.m. ET. This will be a repeat of last season’s Eastern Semifinals. This is when the Brooklyn Nets will be playing the defending champion, the Milwaukee Bucks. This is followed by a game between the Golden State Warriors and the Lost Angeles Lakers at 10 p.m. ET. TNT.

Then, on October 20, at 7:30 p.m. ET, the New York Knicks will face Boston Celtics. That same day, at 10 p.m. ET, the Phoenix Suns will play against the Denver Nuggets. These two games will be aired on ESPN.

The table below will list the NBA schedule for the first week.

What Is The NBA Christmas Day Schedule? 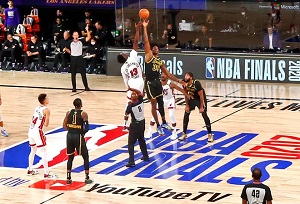 The Brooklyn Nets will have to play against the Los Angeles Lakers in the first of the five NBA Christmas Day games, meaning that players like Russell Westbrook, LeBron James, and Anthony Davis will be going against other legends like Kyrie Irving, James Harden, and Kevin Durant. It will all go down at Staples Center at 8 p.m.

Utah Jazz will then go against the Dallas Mavericks on ESPN at 10:30 p.m. ET after the Lakers-Nets game, having Donovan Mitchell and Rudy Gobert play against Luka Doncic.

The program will go on through Christmas Day with games starting at 12 p.m. ET on ESPN. You will get to see Trae Young reprising his position as the main villain in New York when the Atlanta Hawks visit the Knicks, whom they eliminated in five playoff games last season. The following two games will be on ABC.

Boston Celtics will have to take on the reigning champions Milwaukee Bucks at 2:30 p.m. ET, while the Golden State Warriors will meet the Phoenix Suns at 5 p.m. ET. The whole broadcast and game schedules for the 2021-22 NBA season will become public on August 20.

What is the dream start for a Team in an NBA Season?

While being led by Jerry West, The Los Angeles Lakers started the 1971-1972 season with a 33 consecutive wins streak. Over the whole 82-game season, the club managed to win 69 and lose just 13 games.

At the time, it was not only their record start but a record for all teams playing in the league. Wilt Chamberlain, Elgin Baylor, and the Heat’s previous coach, Pat Riley, were all part of this dream team.

Since then, this particular NBA record was overcome twice, the first time by the Chicago Bulls, when they won 72 games and lost just 10, in the 1995-1996 season.

The second time was when the Golden State Warriors’ Kevin Durant and Steph Curry managed to set a new record, losing just nine games and winning 73 games, in the 2015-2016 season.

This article should be enough to give you an idea of when will the NBA season start. This article will keep being updated as new information will start to pop up. If you have any questions or want to add something to the article, please leave a comment in the form below.

How Many Rings Does Tom Brady Have?

10 Best NFL Quarterbacks of All Time
Scroll to top