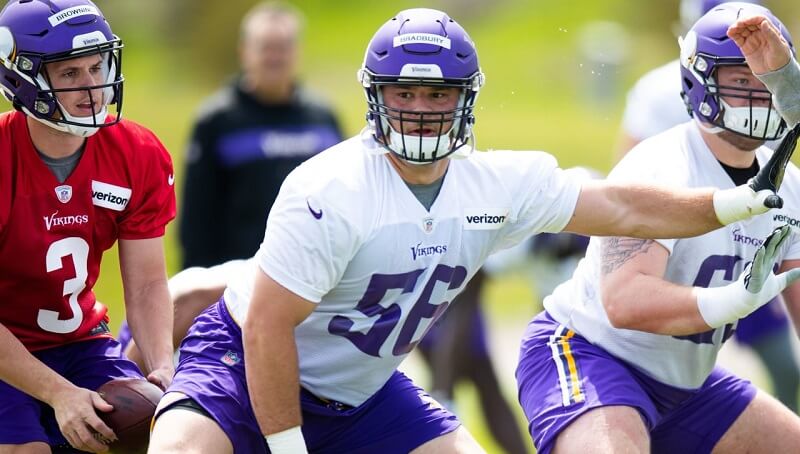 The NFL experiences quite a quiet period between the end of April and close to July when the training camp would start. Not only players but also coaches and other members of the staff would use this period to prepare for the camping season and boost their overall energy level.

This is the period in which the OTAs are usually organized. But what exactly is OTA in football and what does the abbreviation actually mean? Are there any rules in the NFL during OTA? Read the following piece to find the answers to these questions and some others as well.

What Exactly Is Ota in Football?

OTA is actually made of ten days per team during which presentation activities are scheduled. They are organized by the football teams that participate in the NFL. Although the actual participation in this activity is voluntary, players are encouraged to participate in it.

Every NFL team will only be allowed to join a specific amount of OTA each offseason. A player can also refuse to attend the OTA without getting penalized by the team, because participation is voluntary, as I said before.

Even though players can refuse, many if not all of the players will usually volunteer in the case of NFL teams that have the right to decide who goes and who doesn’t. Players that are negotiating contracts and those working through free agencies are usually the only exceptions.

The OTA season is usually set to last around nine weeks. So most teams will have to find a period of around 10 days between April and June.

The Rules of NFL OTAs

So now that you know what football OTA means, what are some rules governing this particular part of the season?

During the OTA season, the drill might make it possible for “live contacts” to take place. While hosting drills, teams will have to avoid pitting an offensive player vs. a defensive one. This means that wide receivers won’t be allowed to run drills one-on-one against cornerbacks.

Players might be required by their teams to use helmets throughout the OTA season. Keep in mind that the helmet is also the only pad type that players can actually wear. 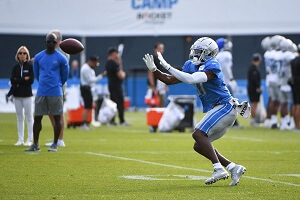 One of the more peculiar features that the OTAs in the NFL have is the voluntary aspect. This means that, aside from the 3-day mandatory minicamp, players are not required by their teams to participate in the OTAs or even show up for that matter.

Players can still be recommended a period of 2 hours in which players should be at the facility of the team.

Players can only spend four hours each per day during the OTAs at their team’s facility. Additionally, they can show up and leave whenever they decide to do so.

The OTA season also enables coaches all of a team’s coaches to be on the field along with players. There was a time when a limit was set about how many coaches could be present on the field during their team activities, but it has changed.

Why Are Players Required To Do During OTA in Football?

What does football Ota mean?

OTA is an abbreviated version of Organized Team Activities.

When is the NFL OTA period?

The schedule of OTA will usually depend on the day that a team will start the off-season workout program.

What is the actual purpose of OTAs in football?

The OTA season is used by the teams to help players learn things about their teammates, impress the coaches, and test some of the playbooks.

Coaches will use this period to try out new plays and schemes and check whether their players can actually participate in these schemes.

Is the OTA season mandatory?

No, the OTA season is not something mandatory for players. It is basically a voluntary period of springtime offseason workouts, part of a nine-week schedule.

Why would a Player miss the OTA in football?

There are a lot of pertinent reasons that would make a player skit the OTA season, including opting for private training, contract negotiations, physical recovery, or even spending time with his family.

What difficulties can rookies be faced with when participating in OTAs?

This period is the perfect time for a rookie to get close to a veteran player and see up close what they actually need to succeed in the league.

Most veteran players will join the OTA with a lot of experience and properly-polished skills which will be very hard to keep up with by new ones.

As soon as the activities start, the game will have a very quick pace and starting players can really struggle to keep up with their teammates.

This is why a lot of them will at some point get to some sort of overload. This will lead to a lot of errors throughout their game.

By this point, you should have a pretty good understanding of what OTA is in football as well as what should be the expectations of coaches and players during this period.

One of the most important things for teams during OTA is to keep the players healthy so they are prepared for the start of the season. Veteran players will also use the OTAs to not only show off their skills but also find ways of improving their game and their condition.

This is also a great time for players and rookies to find at least some cohesion between them.

What is WAR in Baseball and How To Calculate it?